While they came close to rivals Sporting and Porto at the domestic level, but again failed to reach the title, Benfica had the potential to win the European Handball League.

The Eagles are in the quarter-finals of the second most important competition in Europe and with the possibility of organizing the final stage of the competition, at the Altis Arena.

And on Saturday, the Eagles face Poland’s Wisla Block in the semi-finals of a competition in which they were not candidates, but intend to win.

That’s exactly what Gustavo Capdeville guarantees. The 24-year-old Portugal international goalkeeper is the spokesperson for the embodied ambition.

In an interview with MoreIn addition to talking about his beautiful relationship with the late Alfredo Quintana, Capedville coolly analyzes where the team failed to win the national title, despite the shortening of the specified distance in relation to Porto and Sporting.

With this “ranked” disappointment, the goalkeeper who has done all the training in Benfica sees the European League as an opportunity to return the club to the titles and also talks about the possibility of heading abroad, while being the owner of the goal. from the national team.

Maisfutebol: Unlike in recent seasons, Benfica struggled for the title even towards the end of the championship. What does it take to get there?

Gustavo Capdeville: It lacked consistency. After losing at home to Sporting [em novembro]We broke down and went to Setubal to lose too. This was the key to losing the tournament. Because after that we even managed to defeat FC Porto and in [pavilhão] João Rocha we had the last 20 seconds where we weren’t happy and we equalized. It’s hard to see an era go by in the last 20 seconds. But above all, we needed to be more consistent.

Michel Foucault: More so to compete with a team like FC Porto that have been impressively consistent in recent years…

Gustavo Capdeville: Undoubtedly. We must always focus and do our best in every match. FC Porto has done this job very well. Without disrespect for others, decisions boil down to the Big Three and we couldn’t be consistent. Year after year, we’ve seen unpredictable defeats against competitors falling back from fourth place. This made our work difficult, and this year it was repeated again. We lost in Setubal and it was important for us not to win the title.

Farid: The journey in the Europa League has been very good. Directly in the qualifying round and, above all, in the group stage and knockout stages. What is the difference between what happened in Europe and the tournament?

Gustavo Capdeville: I don’t even know how to answer that. We are more difficult in European matches, but we are more prepared and we never underestimate our value. Perhaps that could have been the case. 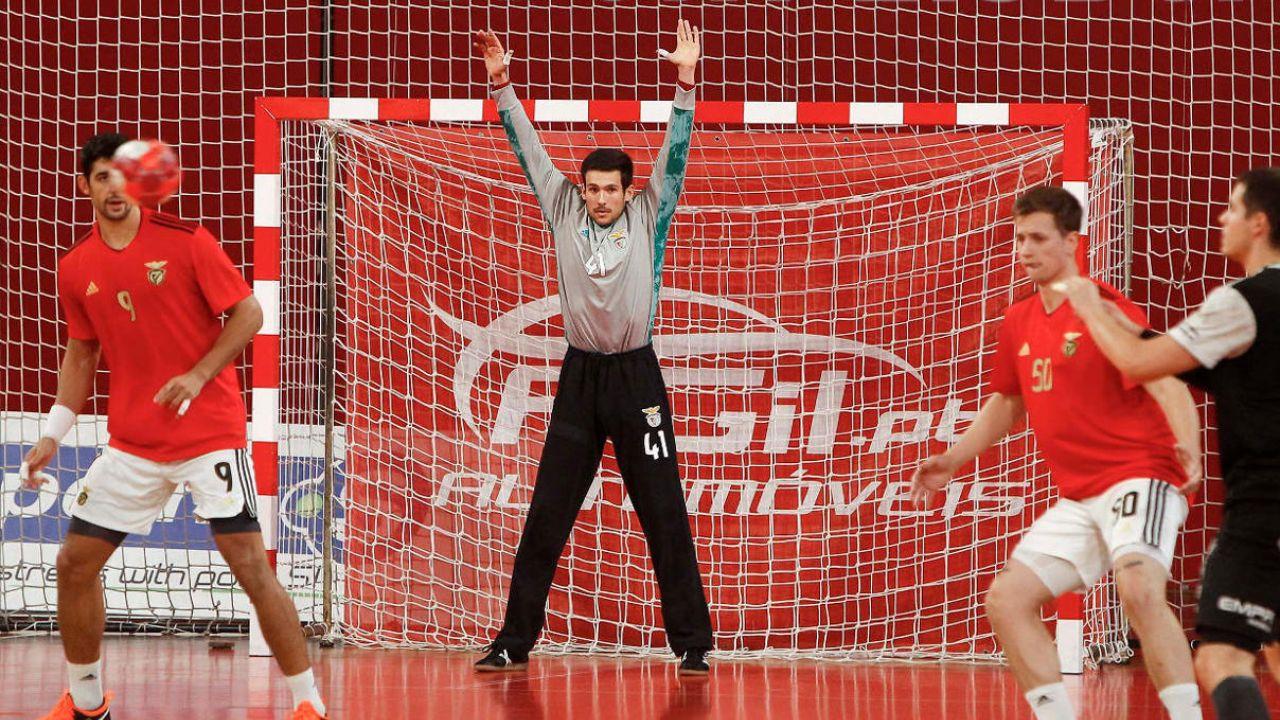 Michel Foucault: With the title standings, how is the team preparing for the quarter-finals of the European League?

Gustavo Capdeville: We knew winning or losing with FC Porto [na antepenúltima jornada] It will not change anything. Now we are focusing on European competition. We have to forget everything and focus on the Europa League, as we have been able to do this season. Our European performance has been great, everyone has noticed and we want to continue on this path.

Michel Foucault: The decisive stage will take place in Lisbon …

Gustavo Capdeville: Yes, he pushed Benfica for the quarter-finals to be here, our fans will be there and we have all the conditions. Now is the time to do the usual: show our resolve, our desire, our ambition. We have to do something really big and win.

Fred: Can Benfica win this competition?

Gustavo Capdeville: I think so. Benfica has shown this. We played on par with all the teams we faced: Lengo, Nantes, GOG and Rhein-Neckar Lowen, straight into the qualifying round. We always put in great performances and showed our quality and what we want to do in this competition. We want to win the European League. Reaching the quarter-finals, whoever wants more will win now.

Michel Foucault: Have you spent a lot of time playing, do you feel you are living the best season apart?

Gustavo Capdeville: Probably. Some say yes. The two seasons I did at Madeira SAD were good too, but they didn’t have that dimension. He did not play for the national team. I guess you could say yes, but I’ll leave it to others to analyze. 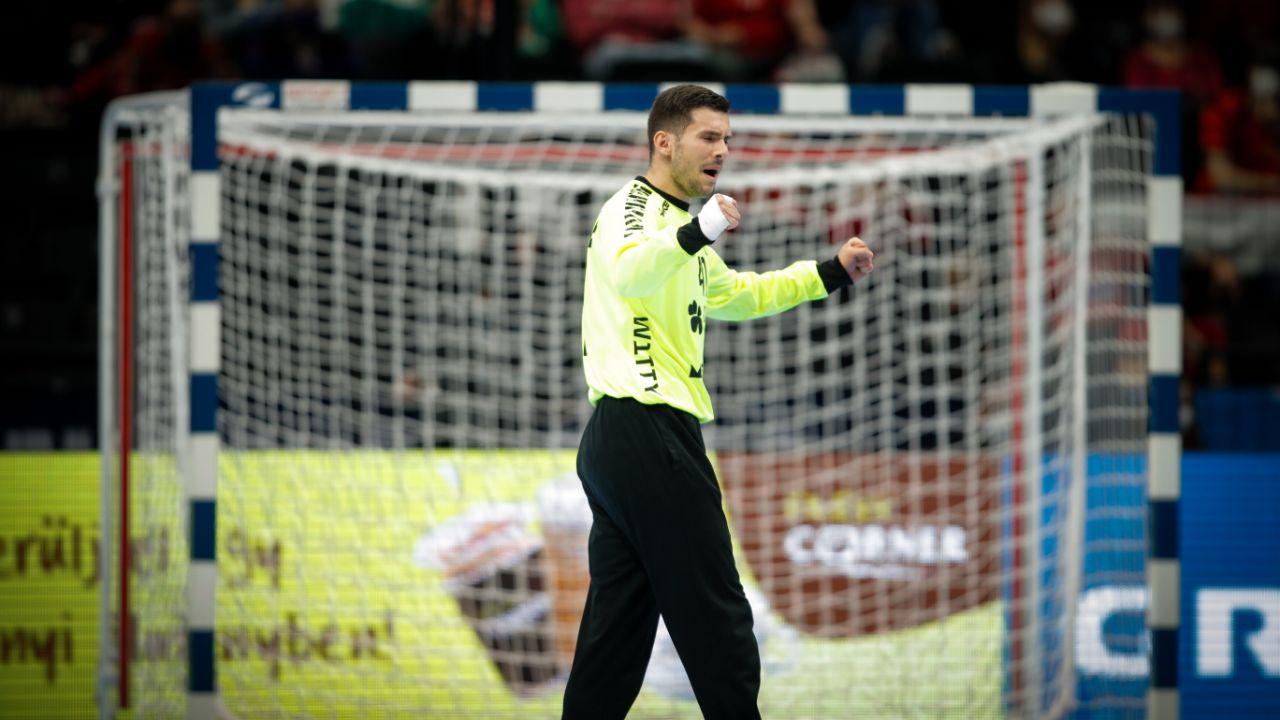 Fred: How important was the competition from Spain international Sergi Hernandez in the last two seasons at Benfica?

Gustavo Capdeville: It’s a healthy competition. We get along very well, I’m very happy when he’s OK and he’s also very happy when I’m OK. There are phases in which I will be better, and in others in which it will be better. That’s why we are two. We just have to think we’re here to help the team. Sometimes it doesn’t, but it always happens with all my teammates. I have a wonderful relationship with Sergey, and this made our task easier. The Benfica goal was also very safe because of our friendship. Also because of our competition, which is a healthy competition. I want more of him, he wants more of me, we fight for him and grow together.

Fred: Based on the expectations that were created, wasn’t the team past the group stage at the beginning of the year which is the lowest point of the season?

Gustavo Capdeville: no. I think my low point was lost to V. Setubal. With all due respect, but that was the low point. We looked at the European Championship and we faced great teams, players playing for the best teams in the world, in the Champions League… We have already done very nice things, and this time luck is not smiling at us like the others. It wasn’t a successful European Championship, that’s right, but it wasn’t the worst phase of the season.

Michel Foucault: With the increased visibility you’ve had, would you ever consider playing abroad?

Gustavo Capdeville: I have already said that I would like to win the Champions League and play abroad. I had the opportunity to travel abroad this year after the European Championship. I had better proposals, but Benfica always gave me everything and we also have to remember who made us grow and gave us so much.

Michel Foucault: It’s a matter of gratitude, so…

Gustavo Capdeville: yes. I think it’s easy to leave a club like Benfica and go to a club that wins more titles and allows us to earn more money. this is easy. It’s hard to stay and make Benfica, who have not won titles for some time, a victorious team once again. I thought about leaving to develop, but I preferred to stay to help bring Benfica back to the titles. FC Porto has won many titles and I want to make my legacy in Benfica. 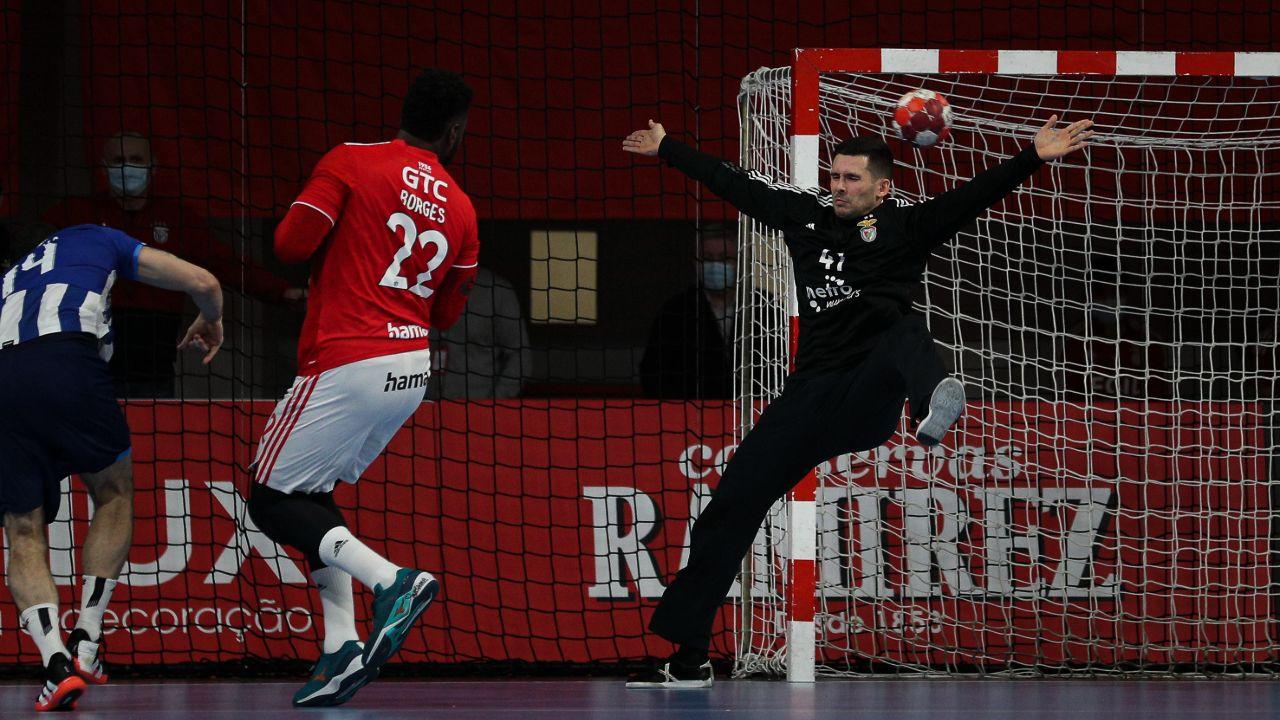