This Sunday (22), the team of the Surveillance and Control of Zoonoses (CIVICOS) Department of Santos Health Department conducted a blood collection of 69 animals living in Morro do Pacheco to control visceral leishmaniasis in dogs. These animals live within a radius of up to 100 meters from the homes of three affected dogs and are treated by the city council. (Learn more below). 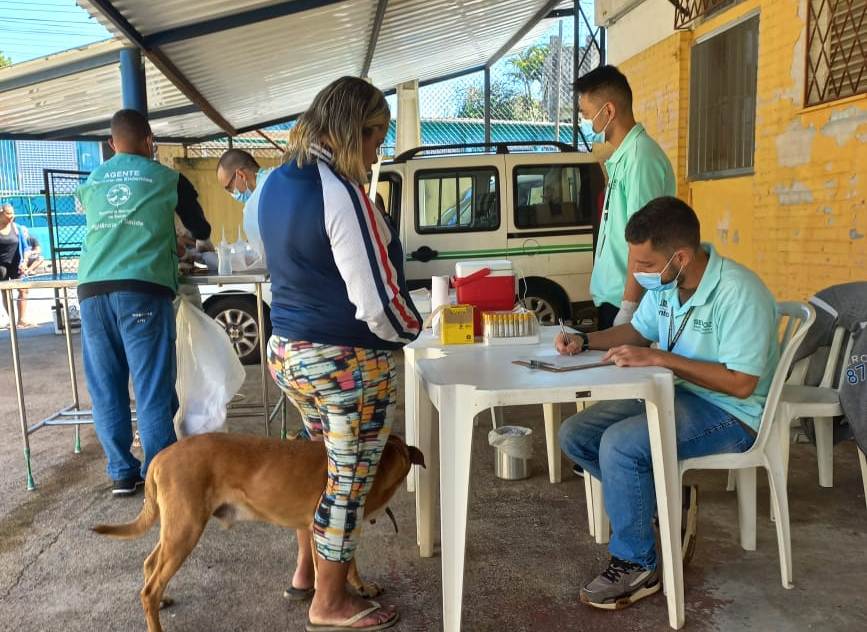 The purpose of blood collection is to check that these animals remain healthy. The samples are sent to the Adolfo Lutz Institute, a reference laboratory in the state of São Paulo, for a rapid test. Any positive cases are then confirmed by serology. If the disease is confirmed, treatment is started immediately at the Codevida de Defesa da Vida Animal (Codevida) of the Municipal Environment Department, which aims to reduce the parasite load, since there is no cure for visceral leishmaniasis in dogs. 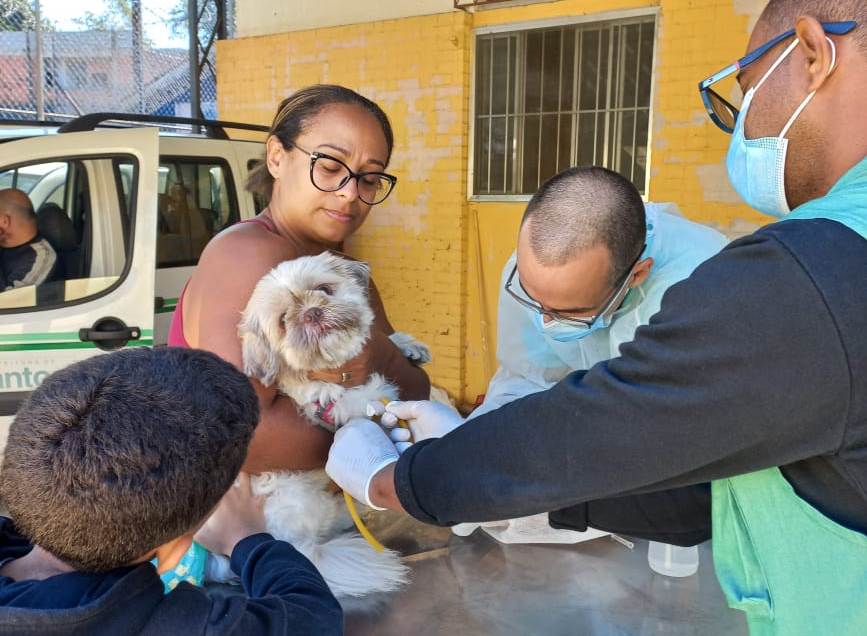 “The owners have been very responsible for the health of their dogs. There has been an excellent adherence to our blood collection advocacy over the past week. A new on-site testing procedure will be carried out for other dogs living in the area,” says Alexandre Nunes, veterinarian at Civicos. 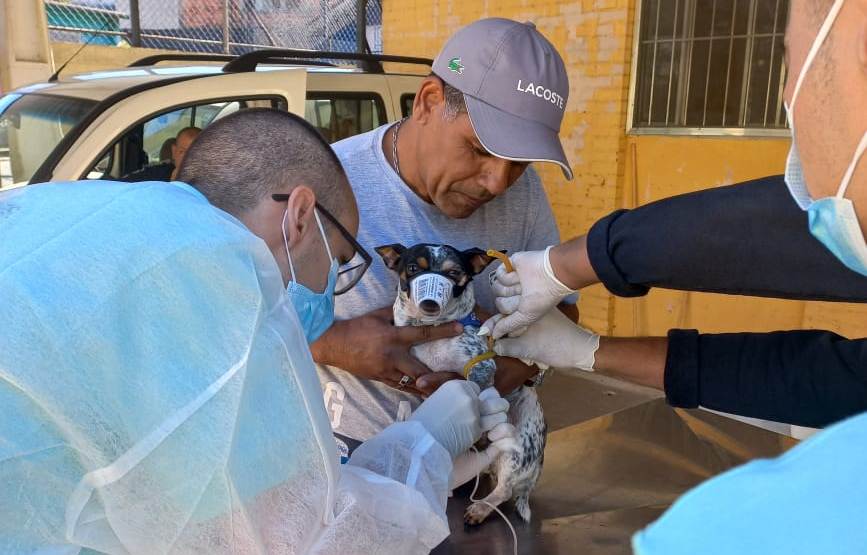 Most of the dogs that participated in the event used a repellent collar provided by the city council, since the primary bird that causes the disease is transmitted by sandfly, the most common being Lutzomyia longipalpis. However, this species was not present in Santos. The São Paulo State Endemic Disease Control Authority (Sucin) states that transmission occurs through “secondary vectors”, i.e. sand flies of other species. 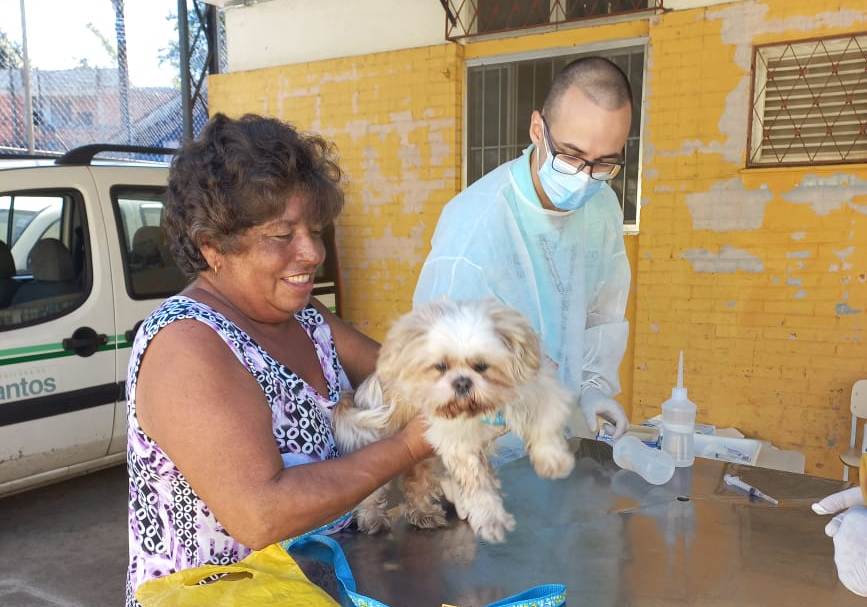 Since 2015, Santos has recorded 125 cases of visceral leishmaniasis in dogs. There are currently 37 dogs with the disease in the city, who are receiving treatment and are being monitored.

Symptoms that usually appear two to three years after infection with the parasite are: skin and mucous membranes with wounds. Hair loss from the ear and around the nose. Excessive thinning and growth of nails. As the disease progresses, internal organs such as the liver, spleen, and lung are affected.

Since the first case of a dog with leishmaniasis was registered in the city, in 2015, Santos has carried out comprehensive action against the disease, including vector investigation, notifications, serological examination, prevention and treatment of infected dogs. There was never any record of leishmaniasis in humans in the city.

Measures to prevent and control leishmaniasis in Santos

vector investigation: Although there have been positive cases of leishmaniasis in dogs in the city, the sandfly has not been found in the city until today. Since 2015, the Department of Health, in partnership with the state government’s Endemic Disease Control (Sucen), has been conducting searches in the forest, using its own traps to attract and retain the vector.

Notices: Private veterinary clinics and Codevida notify Sevicoz of cases of leishmaniasis. Sevicoz begins the serological examination, collecting blood from the animal and sending the sample to the Adolfo Lutz laboratory, a reference for confirming cases.

Find other animals: Once disease in an animal is identified, Sevicoz actively searches for other dogs that can live in the same space as the affected dog and also those within a 100 meter radius. The blood is collected and sent to Adolfo Lutz.

treatment or treatment: Currently, 37 dogs with leishmaniasis are receiving treatment to control the parasite load. Treatment lasts 28 days, with a blood test 3 to 4 months after the end to check the body’s response to the drug. With a lower parasite load, the risk of transmission is lower. All of them were equipped with electronic chips, so that if an animal escaped, for example, it was possible to determine its whereabouts.

Eligible: Anti-epidemic agents and other health professionals in the municipal network undergo periodic training in order to become information multipliers for the population.

guidance: Residents whose animals have been screened are required to keep outdoor environments free of organic matter (faeces, leaves) that attract the insect; Keep windows closed and use insect repellent, especially in the late afternoon and night, during periods of greatest sandfly activity.