The Solar Orbiter probe has made its closest approach to the sun yet and has recorded incredible records of flares and solar measurements important to the study of space weather. Among the various images and videos, the spacecraft revealed something unknown, which puzzled astronomers, called the “sun urchin”.

Developed and operated in partnership between NASA and the European Space Agency (ESA), the solar orbiter reached perihelion (the point in its orbit where it approaches the sun) on March 26. Fortunately, the timing of the approach coincided with a time of intense activity on our Sun.

This means that astronomers have a unique opportunity to observe what happens on the surface of the Sun during unexplained events such as flares and coronal mass ejections. The Solar Orbiter is equipped with ten instruments to analyze the activity of the star. Below, you can see the closest image of the solar south pole taken by the spacecraft.

Some of these instruments are geared toward remote sensing to observe the sun, while others monitor conditions around the spacecraft. This provides scientists with a full picture, with pictures of what’s happening on the Sun and data on what the Solar Orbiter “feels” as an impact of the events.

The spacecraft was closer to the sun than Mercury, the innermost planet in the solar system, about a third of the distance between the sun and Earth. The temperature on the spacecraft’s heat shield has reached around 500 degrees Celsius, according to the European Space Agency’s statement, but the device is designed to dissipate heat.

With the Solar Orbiter getting closer to the Sun than most of the time, scientists have obtained high-resolution images of the layers of the Sun’s atmosphere known as the corona. In this region, activities that greatly affect the space weather occur, including the solar wind that reaches the Earth. 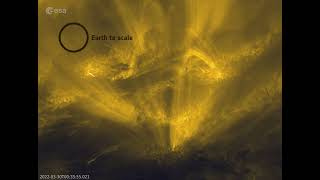 The images are impressive and very detailed, but they also present a huge challenge: understanding what they reveal. In particular, there is a peculiar feature that researchers have dubbed the “solar hedgehog”, which stretches for 25,000 kilometers across the sun, with a large number of spikes of hot and cold gas stretching in all directions.

At the moment, no one knows exactly what this hedgehog looks like or how it formed. The image was taken on March 30, just days after the solar probe passed perigee. Scientists must now dig into data from solar observations made previously by other space missions to see if something similar to a hedgehog has ever been discovered without anyone noticing.

The temperature of the gases shown in the image above is about a million degrees, but this is not the only data obtained. “Even if the Solar Obiter stops collecting data tomorrow, I’ll be busy for years trying to figure out all this stuff,” says David Berghmans, noting the amount of information that needs to be analyzed from now on. 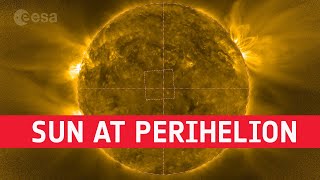 Given the amount of information from this gutter, the scientists are pretty excited. Previous perihelion occurred on June 15, 2020, February 10, 2021, and September 12, 2021. Perigee on March 26, 2022, in addition to the probe getting closer to the Sun than previously, is the first in a series of near perihelion.

The goal of solar probes such as the Solar Orbiter is to better understand space weather, namely solar winds and storms, as well as coronal mass ejections. All these phenomena disturb our planet’s magnetic field and upper atmosphere.

Astronomers call space weather the movement of charged particles from the Sun sent into interplanetary space. There are several mechanisms driving each of the events mentioned, but we still don’t know much about how they occur.

Understanding space weather is critical to mitigating the effects of geomagnetic storms, that is, the effects of solar storms when charged particles interact with our magnetic field. The effects of these events are usually minimal, but in extreme cases they can put our satellites and astronauts at risk. 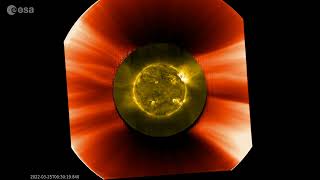 So probes such as the solar probe are sent to check the sun more closely. By collecting small images of the star and data from the spacecraft’s environment, scientists can link the two to model the mechanisms behind phenomena such as coronal mass ejections and solar flares.

The task is arduous, as there are many driving factors for these mechanisms. One is the complex magnetic environment around the sun. Scientists believe that it is through magnetic lines that charged particles are connected, forming the golden “arcs” that we see rising above the surface of the Sun. 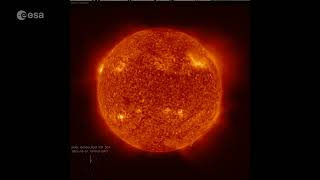 The Solar Orbiter’s 10 instruments captured data on different types of particles and wavelengths in the electromagnetic spectrum, such as X-rays and ultraviolet rays. Now, scientists will have to discover the relationship between each type of information collected and the images captured by the cameras.

Ultimately, researchers will have to discover how each of these phenomena is driven by other mechanisms, such as the domino effect. For example, if charged particles are accelerated by a coronal shock to a more gradual event, or if they are boosted by a single burst that occurs on the Sun.

In other words, it is possible that there are several mechanisms for accelerating these particles. This would explain why some are slower and others faster, catching up with the former during the flight into space. All this is important for us to predict events such as solar storms before they reach Earth.