Although the Google Play Store is a store that mainly focuses on smartphone apps and software, it is very common for users to access the digital store also from their computer, and thus they are more free to view the program details on larger screens.

Therefore, the company decided to slightly modify the appearance of its App Store, providing a more beautiful and user-friendly interface. The release of the new look has already started for the Google Play Store for some users so it is possible to stay informed of the news.

The Google Play Store update brings a more beautiful look and is intended to make the user experience more interesting on PC. The new store has been designed with a primary focus on larger screens, i.e. for desktop screens. This is because it has high definition banners and many images.

The usability largely remains the same as the Store continues to separate its content into tabs such as Games, Apps, Movies, TV, Books, and Kids. It also provides a button for searches located in the right corner, next to the help options and also the button for those who want to switch and switch between accounts. 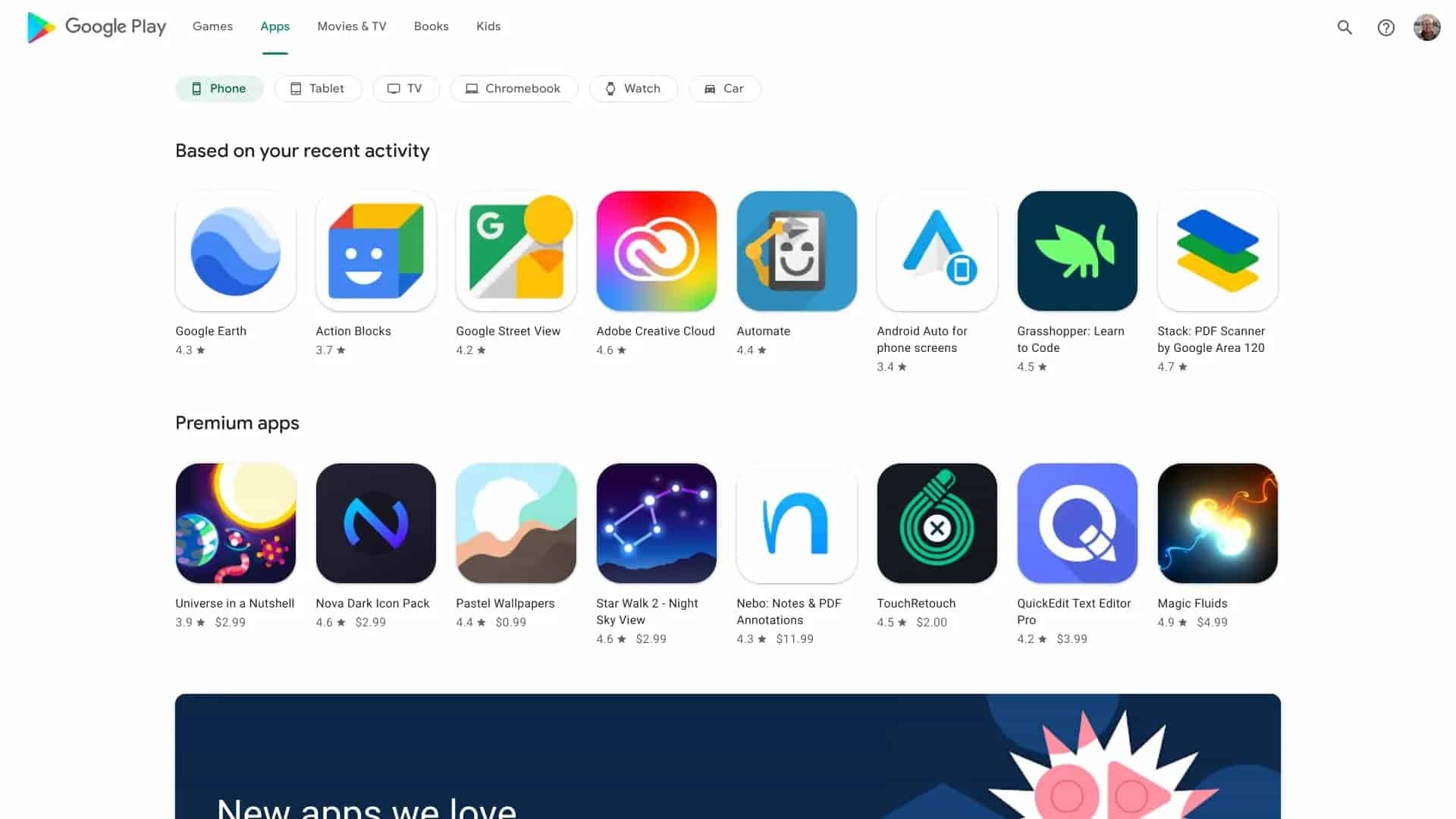 Another interesting change is that the search bar now remains visible on all pages while browsing, which helps and makes it easier to go back to the main menu or even choose other options.

When the user reaches the Applications tab, the process also remains quite familiar. The list remains in a classic circular style and you can search with the help of filters that help you find what you want faster.

A very positive feature of this new look is that it allows you to choose what kind of device you have, so that the indicators are more specific. As there are many Android devices out there nowadays, there are also different apps to target. Phone, tablet, TV, Chromebook, watch, and car are among the options.

The game guide also has a carousel menu, but at the moment this option is not available for choosing a device. This may change in the near future, as the Google Play Store update is still rolling out and could be subject to improvements. In addition, nowadays there are not many gaming options for devices other than mobile phones and tablets, which may also be a reason.

When you get to the page of an application, you will soon notice that it has become easier to find the main information about it in the enhanced version. At first, some of them are already visible under a blurry background, so as not to disturb the visualization. 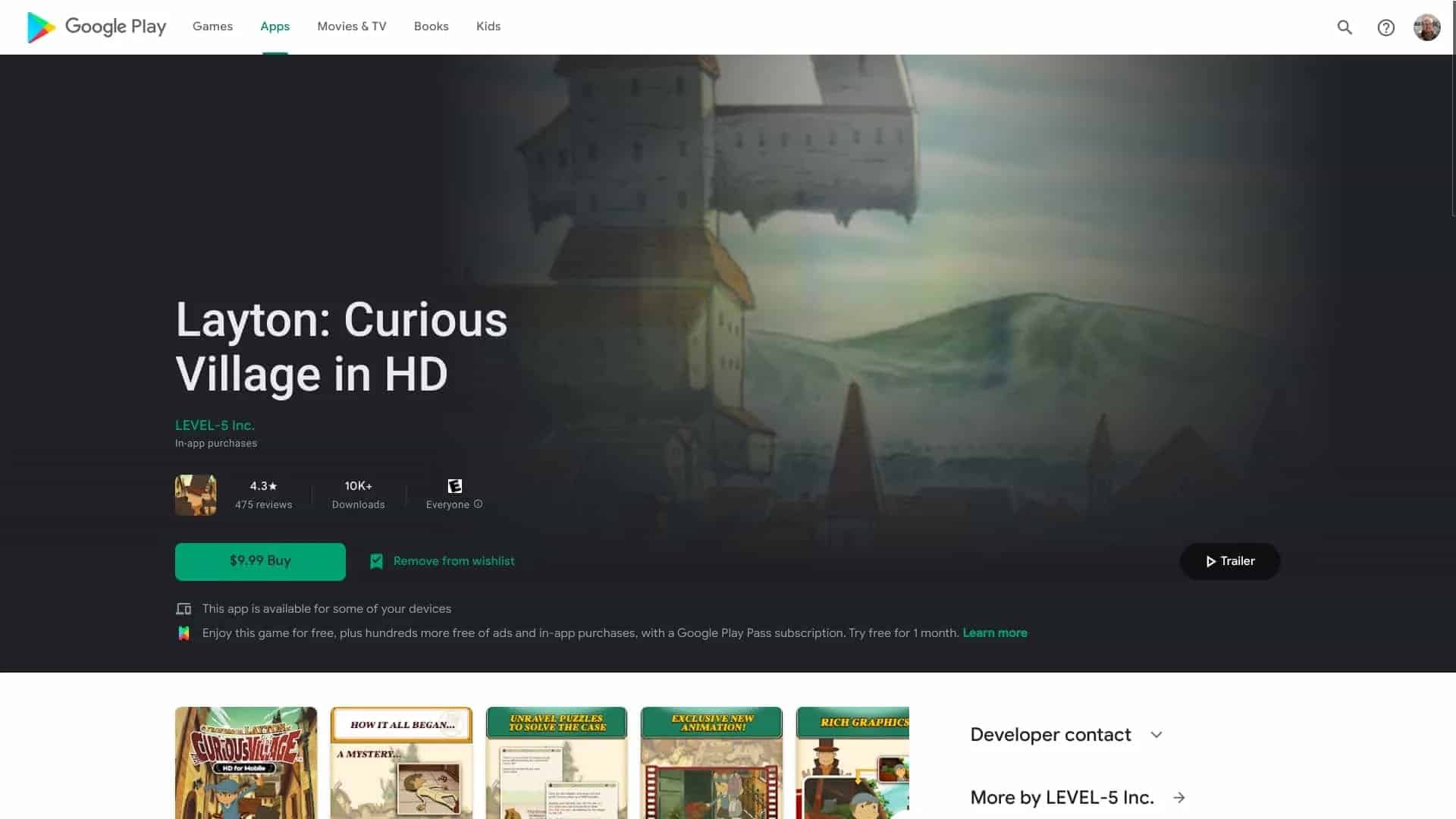 Directly below you will be able to access screenshots of the application, the “About” area with more information, as well as the data security area. In the right corner, it reveals recommendations for other apps based on your tastes and research, using the same algorithm as always. 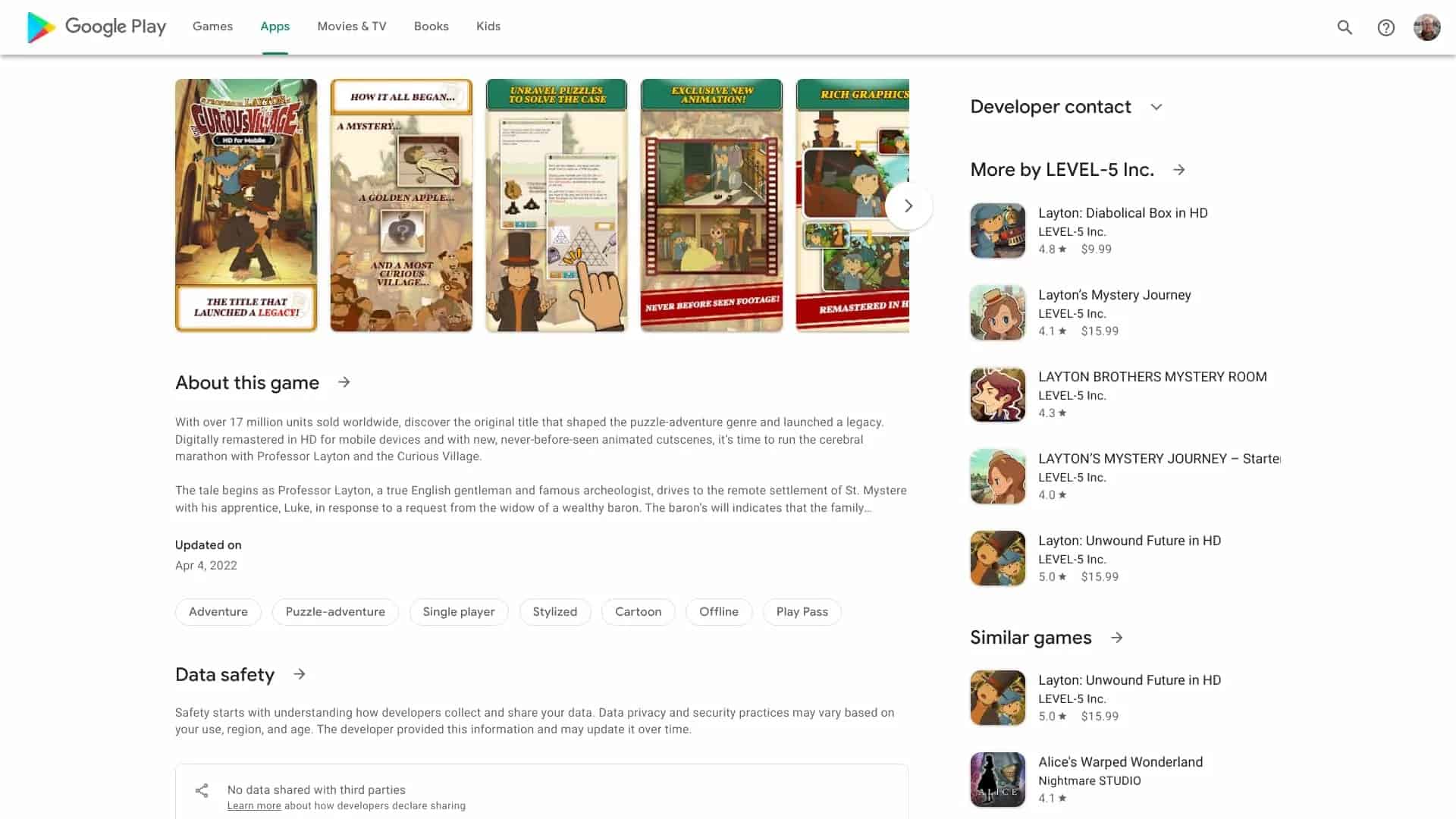 The Movies & TV tab also remains in the enhanced version of the app, even if it’s not its strong point these days (especially since there are so many streaming services these days). The browsing experience is very similar to the Apps and Games tab. The book tab hasn’t seen many changes yet, with an experience very similar to Android.

This new look for Google Play Store came to go along with the new design of the operating system with Material You, which is starting to appear in Android 12. At the moment, this new version with a modern design has not been released for everyone, only for a select few users. It is not yet known when this will happen, but it likely won’t take long.