COMPUTEX 2022 kicks off today (24) in Taiwan, but NVIDIA has already announced several news in its video post, which was posted yesterday at 23:00.

This year marks the return of COMPUTEX, a conference that, according to NVIDIA, celebrates the incredible journey of the Taiwanese tech industry.

During the conference, six NVIDIA executives announced the company’s innovations, ranging from robotics to artificial intelligence and from semiconductors to software.

In addition, at COMPUTEX 2022, NVIDIA announced the A100 GPU for data centers, the HGX Server A100 and the H100 Liquid Cooled GPU.

The company has also addressed the creation of products by partner companies using NVIDIA Jetson, an artificial intelligence and robotics platform.

Finally, NVIDIA highlighted the growth of RTX, with more than 250 games supporting ray tracing, which is double what was announced at COMPUTEX last year.

Taiwanese manufacturers will release the first systems with Grace CPU 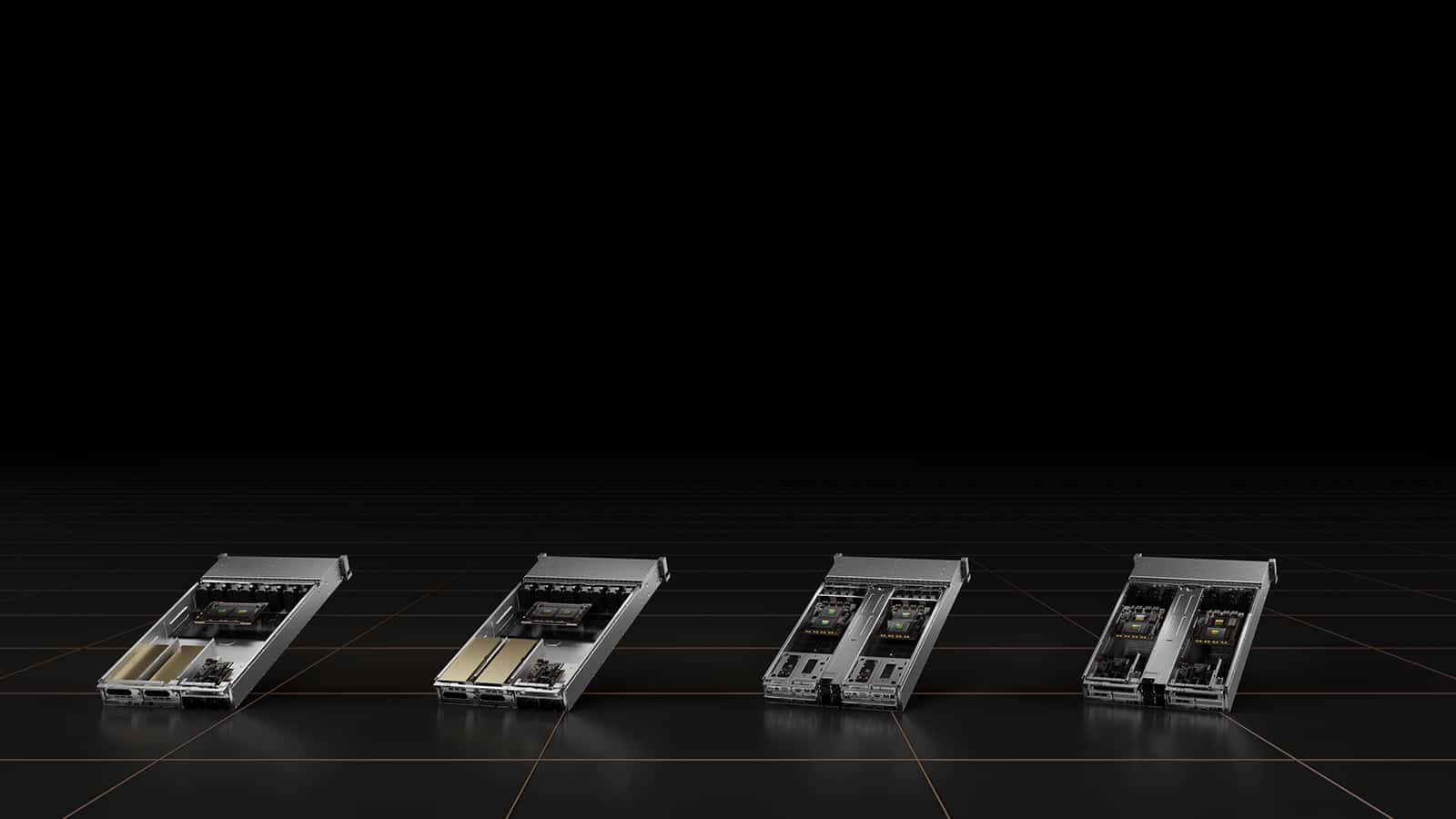 During the conference at COMPUTEX 2022, NVIDIA announced that leading Taiwanese manufacturers will release the first systems powered by the NVIDIA Grace and Grace Hopper CPU.

NVIDIA defines both CPUs as “super chips,” which are intended to perform a wide variety of tasks ranging from working with digital twins, artificial intelligence, high-performance computing, cloud-based graphics, and gaming.

According to NVIDIA, dozens of server models from ASUS, Foxconn, and GIGABYTE from other Taiwanese manufacturers are expected to launch systems with Grace and Grace Hopper CPUs in the first half of next year.

“Grace CPU systems will join x86 servers, as well as ARM-based servers, to provide customers with a wide range of options for achieving high performance and efficiency in their data centers.”

A new form of data center is emerging, said Ian Buck, vice president of High Performance Computing at NVIDIA. It is these factories that use AI to process “mountains of data” and refine them to produce intelligence.

According to Buck, NVIDIA is working with partners in Taiwan to build systems that will enable this transformation.

Powered by the superior Grace chips, these new systems from our partners will provide accelerated computing power to new markets and industries around the world,” said Ian Buck.

The upcoming systems to be launched by Taiwanese companies are based on four new system designs featuring the superlative Grace and Grace Hopper chipsets.

Grace CPU technologies were announced by NVIDIA at COMPUTEX 2022, enabling a high level of computing-intensive tasks across multiple system architectures.

According to NVIDIA, Grace offers the highest performance of today’s server processors that meet the requirements of the most demanding supercomputers.

The Grace Hopper CPU is a combination of Grace CPU and Hopper GPU, also connected via NVLink-C2C in an integrated unit specially developed to meet the demands of supercomputers and high-scale artificial intelligence.

During the presentation at COMPUTEX 2022, NVIDIA stated that “artificial intelligence is increasingly present in the world around us.”

The moment to talk about artificial intelligence was Deepu Tala, vice president of Edge Computing at NVIDIA.

Tala talked about how the global push towards automation has made robots one of the best applications of artificial intelligence.

In addition, the NVIDIA CEO announced that more than 30 NVIDIA partners will be among those who will receive the first wave of Jetson AGX Orin platform production systems at COMPUTEX 2022.

According to NVIDIA, the new products are coming from dozens of Taiwanese camera, sensor and device companies that are taking advantage of artificial intelligence, Artificial Intelligence of Things (AIoT), robotics and other applications.

“We are entering the age of robots – autonomous machines that are well aware of their environment and can make intelligent decisions regarding their actions,” Tala said.

The Jeson AGX Orin platform was launched in March of this year, but the new version of the production units will arrive in July. These modules, according to Tala, are essential for integrating smart devices into the world around us.

On robotics, Tala explained that the NVIDIA platform, Isaac, has four pillars. The first pillar is about creating artificial intelligence, which is a very difficult process, and according to Tala, NVIDIA makes it fast and easy.

The second pillar is to simulate the work of the robot in the virtual world before launching it into the real world. For this, there is the Isaac platform simulator.

The third pillar is physically building robots. And the fourth pillar concerns the management of the “fleet” of robots throughout their life, which, according to Tala, can exceed a decade.

The final speaker at COMPUTEX 2022 was Jeff Fisher, Senior Vice President of Games at NVIDIA.

Fisher detailed how NVIDIA is working to bring innovation to gamers and content creators, highlighting the growth of RTX.

Launched in 2018, NVIDIA’s first batch of RTX GPUs “reinvented graphics” thanks to advanced features like real-time ray tracing of course.

Rumor: NVIDIA will launch the RTX 40 line in July

Jeff Fisher claimed that there are currently over 250 games and apps that support RTX features. In addition, he stated that DLSS technology continues to “set the standard” for ultra-high resolution with the best performance and image quality. According to Fisher, DLSS is currently integrated into more than 180 games and apps.

In addition to DLSS and ray tracing, the NVIDIA conference at COMPUTEX did not forget about Reflex technology. Now, 38 games, 22 monitors, and 45 mice support NVIDIA Reflex, which has more than 20 million gamers playing with the technology activated monthly.

For Fisher, NVIDIA Reflex has become one of the company’s most successful technologies.

With the gaming laptop market being the fastest growing, NVIDIA said there are currently 180 laptops with RTX graphics cards.

At COMPUTEX 2022, NVIDIA has not overlooked the metaverse

As expected, the metaverse was one of the topics NVIDIA covered at COMPUTEX 2022, where the company jumped on the bandwagon with Omniverse last year.

At the conference, NVIDIA revealed new features for NVIDIA Studio and Omniverse, a platform for developing interconnected virtual worlds.

According to Fisher, Omniverse is getting several updates to speed up the pace of work for its creators. In addition, the Omniverse Cloud Simple Share tool, which is still in early access, allows creators to send an Omniverse scene to other users.

Fisher also announced that Audio2Emotion will become Audio2Face and will be responsible for creating animations made through artificial intelligence, with realistic facial expressions based on an audio file.

NVIDIA also announced at COMPUTEX 2022 that the Omniverse XR app is now available in beta. This application allows the user to unlock the Omniverse scenario and have a fully immersive experience in Virtual Reality.

Thus, NVIDIA’s metaverse reaches the world, which had already launched the Omniverse Avatar in November of last year.

Now, however, NVIDIA claims that Omniverse is the future of 3D content creation and also how virtual worlds, or metaverses, are created.