It’s one of the questions veterinarian Vasco Galvão Braga often answers in his office: “Do dogs also have epilepsy?” , “How do you react if a seizure occurs?” , “Is it dangerous and can it leave sequelae?” . The answer is obvious: yes, dogs also suffer from epilepsy which is not rare.

“People have a lot of skepticism in the clinical context, because epilepsy causes great anxiety, and often causes a feeling of suffering. It is important to say that the animal does not feel any pain during the attack. It is not a painful experience, and the animal does not even realize it because it is unconscious,” he explains Neurologist veterinarian at Santa Marinha Hospital in Vila Nova de Gaia for PiT.

But let’s take a step back. What exactly is epilepsy and what causes it? “Epileptic seizures are caused by hypersynchronous nervous activity and can result from several causes: an abscess, cyst, or intracranial brain tumor, but also sepsis, or complications from renal or hepatic failure,” explains Vasco Galvão Braga.

However, in many cases, “there may be no diagnosable cause.” This is despite the fact that against the loop, a set of tests are carried out so that the origin can be discovered. There is always a complete physical examination, neurological examination, general and investigational analyzes, ECG, CT or MRI of the brain. It may be necessary to collect cerebrospinal fluid, which is the fluid inside the brain,” the doctor recounts.

How is the attack done?

An epileptic seizure has three phases, and it is good for teachers to be aware of it, to know what to do and, above all, not to lose emotional control.

“The first stage is the pre-apse stage, in which the animal can already show some changes in behavior, such as hiding, being afraid, and making repetitive movements, such as walking. If this is a strange and unusual behavior, then it is possible to understand what will follow”, explains Vasco Galvão Braga.

The Ictal phase follows, i.e. the seizure itself, which lasts between 30 and 90 seconds. “We can have a generalized seizure where there is loss of consciousness, and the animal falls on its side, and it may feed in the mouth or feces or urine, or a focal seizure, where the dog remains conscious but has a set of muscles in a convulsive state.”

The recovery phase, after the seizure, is called Post-Ictal. “It is generally applied in generalized convulsions, where the dog regains consciousness, but due to a lack of cerebral oxygen, cytotoxic edema is generated. This phase may last for a short time, between one to three minutes, but can take up to 24 hours, and can be can lead to behavioral changes, as care must be taken when handling the animal.” After that, the dog usually returns to normal.

“The most dangerous situation is when the animal has several seizures in less than 24 hours,” confirms the veterinarian at Santa Marineha Hospital. “When this happens, it means that healing doesn’t happen and you can go into status epilepticus.”

Swallowing your tongue is a myth

The epileptic seizure scenario can be frightening, especially for children, but also for adult guardians. There are behaviors that you must have, but the first is not to get out of emotional control. “When a dog is under attack, it is very important to reduce the stimulation to the animal. Turn off the lights, don’t make noises, and try to react as little as possible,” says the neurologist at Northern Veterinary Hospital.

As for the danger of an animal swallowing its tongue – similar to what happens in human epilepsy – Vasco Braga says it’s a myth. He assures PiT that “it doesn’t exist”. “The best thing is to turn down the light, and provide a quieter environment, with pillows around the animal, so that it feels more comfortable.”

What if the attack happened when no one was home? Admittedly, this idea is terrifying, but the vet says that “the chance of an animal dying from one seizure is extremely small.” If it’s mass attacks, then you have to be more careful. But, for example, when we come home and see some confusion in the dog, which is frightened, with strange movements, this may mean that he has had a seizure, and, accordingly, may be in the period after the seizure. The recommendation is clear: a vet should see the animal immediately.

Infringer with epilepsy is still happy

Once diagnosed in a dog, status epilepticus should be followed up frequently, with analyzes and regular controls performed. “There are anti-epileptic drugs, and once the situation is under control I would say the dog should only go back to the vet every six months so we can analyze the control of the medications we are taking.”

However, Vasco Galvão Braga leaves a very important note: “Most epileptic seizures occur during rest. It should not be confused with the normal convulsions that dogs experience during sleep. We often say they are dreaming. Many dogs have brain activity and are moving. A seizure is a more violent.”

How is the life of an animal affected by this condition? Is it a dog with a guillotine? He will ask his companions. never. An animal with epilepsy does not have a worse quality of life. It can be just as happy as anyone else, as long as it is followed and controlled. The animals I follow with epilepsy live happily. It looks like a seven-headed beast, but once I control it, nothing unusual. The animals do not need 24-hour monitoring, they can play and run as they like”, confirms the neurologist.

The vet asserts that “there is a genetic predisposition to epilepsy” and therefore, “there are breeds more susceptible to epilepsy. But he concludes, as a warning: “This does not, of course, mean that all dogs of these breeds have problems, or that epilepsy cannot occur in other breeds.” .

Scroll through the gallery and discover the 7 very popular strains in which epilepsy is most common. 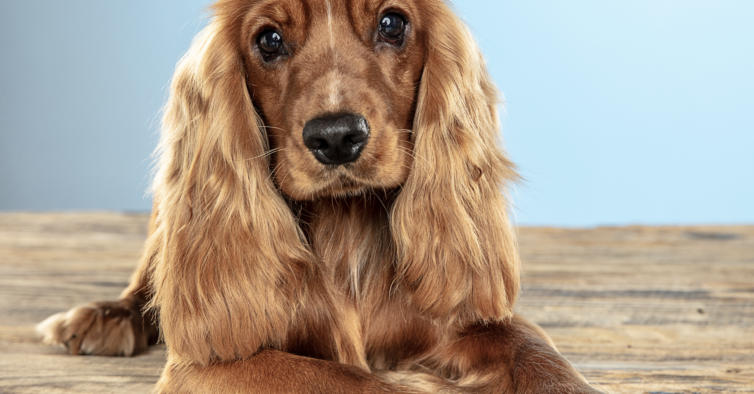