After updating its line of mobile workstations, HP is now bringing the news to the gaming audience with the announcement of the new Omen 16 2022 and Victus 15 2022. While the former promises to deliver a premium, high-powered experience, with the new 12th generation Intel processors. Alder Lake and Ryzen 6000, the latter striving to offer a robust package at an affordable price.

The machine features a redesigned cooling system, which adds a fourth air outlet and fifth heat pipe above the components. Combining the changes with improvements already introduced by the new CPU lines, the chips will deliver up to 36% higher performance compared to the 2021 Omen 16.

The GPU options are one of its highlights: In addition to bringing Nvidia GeForce models up to the RTX 3070 Ti, the machines ship a more powerful option than the RTX 3060, with a max power of 140 watts, versus just 115 watts of the last generation. Furthermore, this is the first gaming laptop to be released with the Radeon RX 6650M, a slightly more powerful version of the RX 6600M.

With 16.1 inches and a 16:9 aspect ratio, the screen features an IPS LCD panel, 300 nits brightness and anti-glare protection to reduce reflections, and is available in three variants: Full HD with a 60Hz refresh rate, Full HD at 144Hz and Quad HD with a refresh rate of 60Hz. 165 Hz. The screen is accompanied by a stereo sound system, with DTS: X Ultra spatial sound technology. 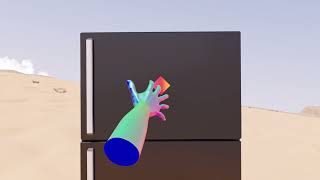 In addition, the Omen 16 2022 offers a RGB backlit keyboard with one, four zones, or per-key lighting, depending on configuration, an HD webcam, a trackpad with larger dimensions than the last generation, a 70W battery, and Windows 11 Home.

The Victus 15 2022 promises power in an affordable package

GPUs are also significantly more basic, with the Victus 15 can be equipped with a GeForce RTX 3050 Ti or a Radeon RX 6500M, both with 4GB of GDDR6 VRAM. On the screen, the device has a 15.6-inch IPS LCD display, with options up to a 144Hz refresh rate, while audio is handled by two B&O-enhanced stereo speakers. 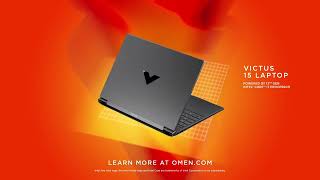 A backlit keyboard, a redesigned cooling system with four vents and two heat pipes, an expanded trackpad, a 70Wh battery, and Windows 11 Home complete the suite.