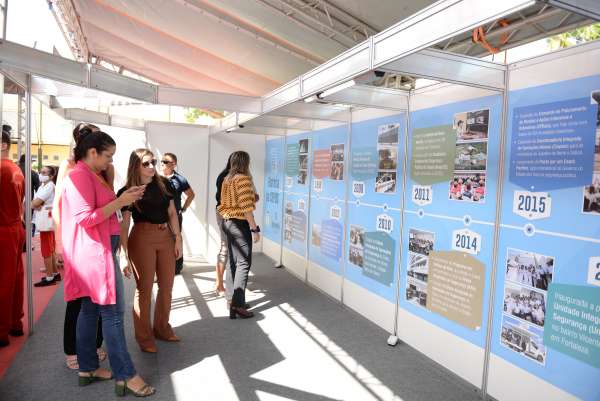 Stories, pictures, people and characters. This was the SSPDS World Exposition, organized by the Ministry of Public Security and Social Defense (SSPDS), which took place on Friday (20) in Fortaleza. Celebrating its 25th anniversary, the Ministry and its affiliated institutions have set up 12 pavilions ranging from a timeline telling the history of the Secretariat to presentations by SSPDS advisors and coordinators, as well as the Civil and Military Police, the Fire Ministry, Forensic Expertise, and the State Academy of Public Security (Aesp). / CE) and the Supervisory Authority for Research Strategy and Public Security of the State of Ceará (Supesp). This moment was special for everyone, as the last was in the current headquarters in the São Gerardo district, until the transition to the Integrated Center for Public Security (CISP) at the airport.

Arriving at the stands began at 9 a.m., when staff and staff were the first to visit the exhibition, which was held at the SSPDS Court. Even the sun did not rob the eyes that pay attention to every detail, as well as all the information, objects and pictures that are exposed to those who are part of the Ciara Public Security. Throughout the day, students from Colégio Militar do Corpo de Fogo Escritora Rachel de Queiroz (CMCB), from Colégio da Polícia Militar do Ceará General Edgard Facó and from the schools surrounding the Secretariat Building, as well as representatives of the Community Councils for Social Affairs also had the opportunity to Defend (CCDS). ) from the capital and metropolitan area of ​​Fortaleza to get to know each position closely.

Just step into the SSPDS gallery, and in front of you, you can see a booth with the full timeline of the secretariat, from its creation in 1997 to the present, with photos and texts that tell every step the volume took. On the other side, the SSPDS Communications Bureau platform was installed. At the rear of the chassis is an LED panel with corporate videos and photos produced by the segment, as well as Instagram-able panels. The environment in the structure building also shows a press conference, usually organized by the Security Secretariat and its affiliates to announce their successful business.

Among the exhibitors was Ms. Stella Ramos, who has been involved in the Health, Fire and Community Program of the Ceará State Military Fire Brigade (CBMCE) for nearly ten years. I spoke with glee about the opportunity for this approach to the world of SSPDS. “I find it fascinating because I have the opportunity to get to know the people who are working to save us, to save the community and to be with us, all these bodies, that are part of Public Security. So I am very happy because it is the first time I am here. 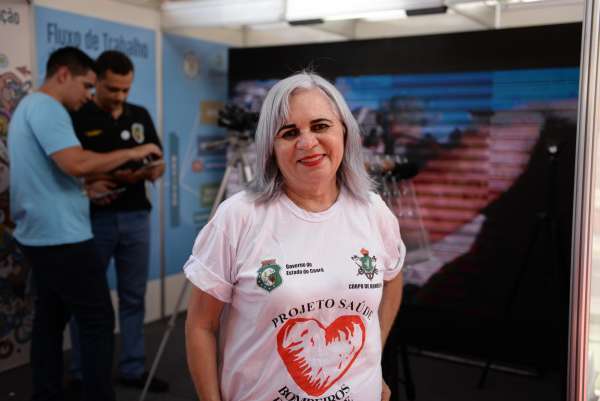 In addition to the communications section and pavilion with schedule, those visiting SSPDS World also have the opportunity to visit the spaces of ICT (Cotic), Integrated Security Operations (Ciops), and Integrated Air Operations (Ciopaer). In these three mentioned, people learned about the technologies used by the Ciara Public Security, as well as about the work that Ciopaer/SSPDS aircraft and their specialists do. Another sector of SSPDS, whose work has been presented, is the People Development and Management Coordination (Cogep), which is responsible for managing the servers and collaborators that make up the volume. The hotline/ombudsman platform, which are channels that enhance the relationship between the ministry and the population, was also attended. 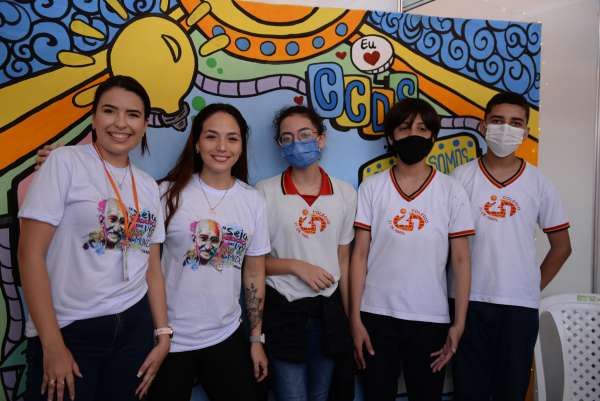 Social Defense (Codes) is one of the oldest coordinators, responsible for managing the Community Councils for Social Defense (CCDS). Célula de Defesa Social Consultant Smila Ribeiro spoke about Codes’ work and this approach to society.
“The codes are half of the Secretariat. The name actually says, Minister of Public Security and Social Defense, and that’s what we do. In other words, our mission is to create partnerships, create connections and be close to the community. So we bring and spread a culture of peace within the communities to help the public security work” , He said.

On the other side are the platforms of associated institutions, such as the civil and military police, the military fire department, forensic expertise and the State Academy of Public Security, which brought in equipment, weapons, clothing and other tools used daily. by the men and women who make up each of them. The Supervisory Authority for Research and Public Security Strategy (Supesp) has brought up a dynamic dashboard containing statistical data from the SSPDS as well as safety brochures in social networks, created by the Foundation to guide residents. 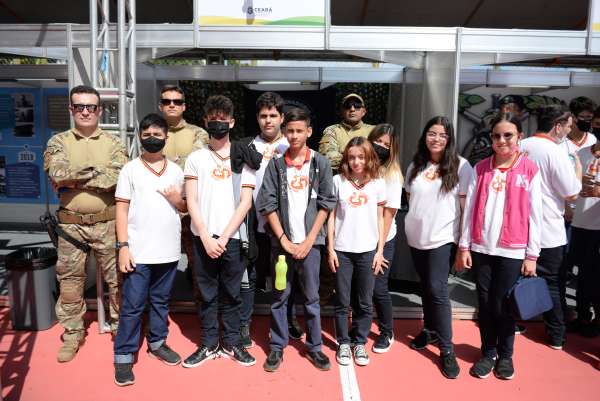 It was student Anna Leticia, aged 13, who visited the stands. She is from the eighth grade at the primary school at Colégio 21 de Abril, one of the institutions that visited the exhibition. “I haven’t seen much equipment up close. I will leave here with a lot of learning,” he revealed. 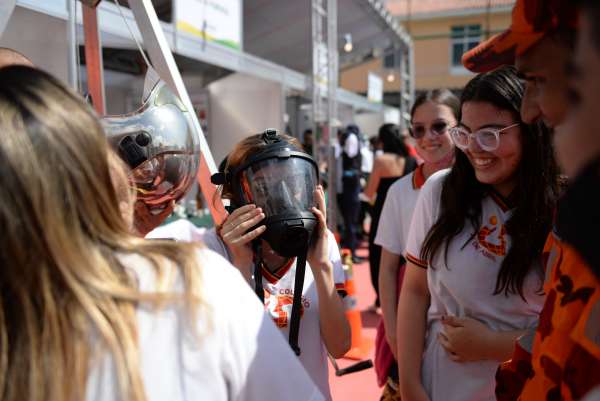