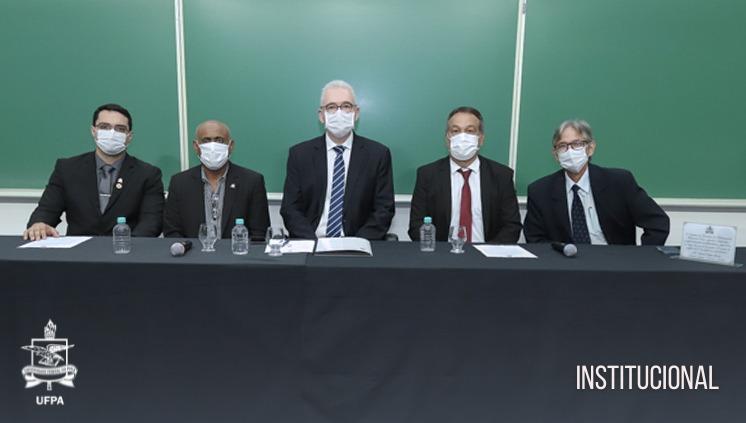 The Institute of Technology (ITEC) of the Federal University of Barra (UFPA) began this Tuesday, 17, a new period of academic and academic management. Professor Heto Braga de Moraes has assumed the position of Director-General, succeeding Professor Newton Shore Soero. Professor Mercio Cardoso de Alcantara Neto will play the role of Deputy Director, which until then has been occupied by Hito Moraes. The new directors were sworn in by the president of the UFPA, Emmanuel Zagori-Turinho.

The ceremony, which took place in the Auditorium of the Graduate Institute of Technology (PGITEC) Building, at the Guama Campus’ Professional Sector, began with the signing of the opening terms, followed by official speeches. 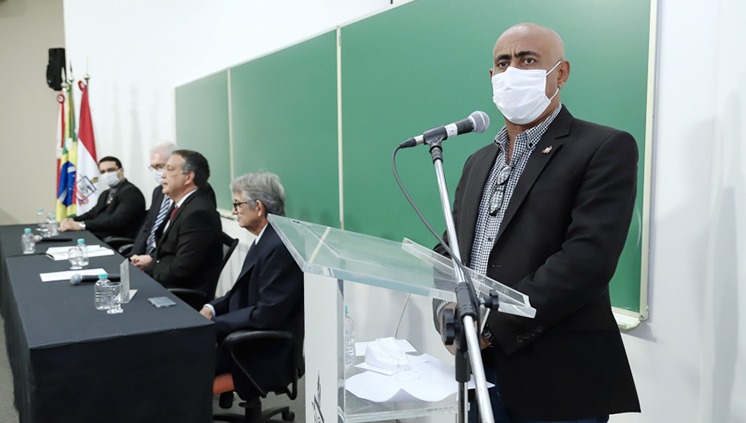 The Vice-Chancellor of the University, Gilmar Pereira da Silva, received the new directors, wishing them success at the helm of the Institute. In the Vice-Chancellor’s Assessment, ITEC stands out in the region for the role of training and innovation that its undergraduate and postgraduate courses provide. “It is very difficult to find a company in the Amazon region that does not have an engineer graduated from our university. This shows the magnitude of the responsibility we have to advance the development of this country, especially the Amazon region and the state of Para. In this sense, I have no doubt that the ITEC courses , especially the graduate programs at this institute, have been very important to our regional development,” he said. 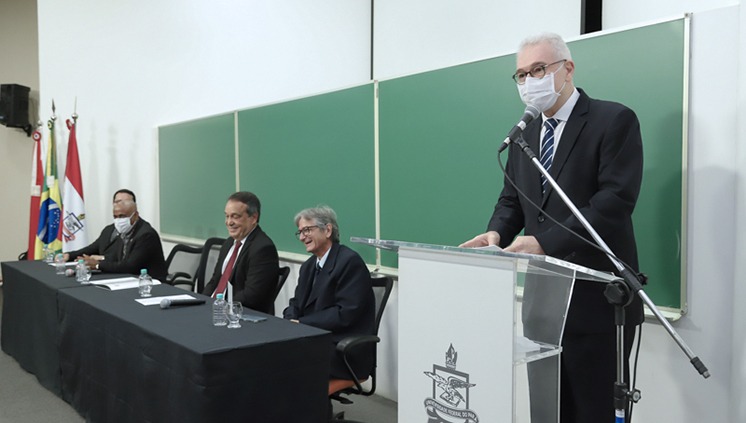 Dean Emmanuel Zagori-Torinho took the opportunity to thank the support he has received from the ITEC community in recent years. He recalled the difficulties facing universities and the challenges posed by the epidemic. “We had a period of extraordinary demands for all of us at university. In many moments, we had to make difficult decisions, set priorities, but always with the full support of the community. This trust the community placed in our behavior was very important for us to succeed and be able to Live in the present moment according to a reasonably organized calendar, which is still unrealistic in many institutions,” he said. 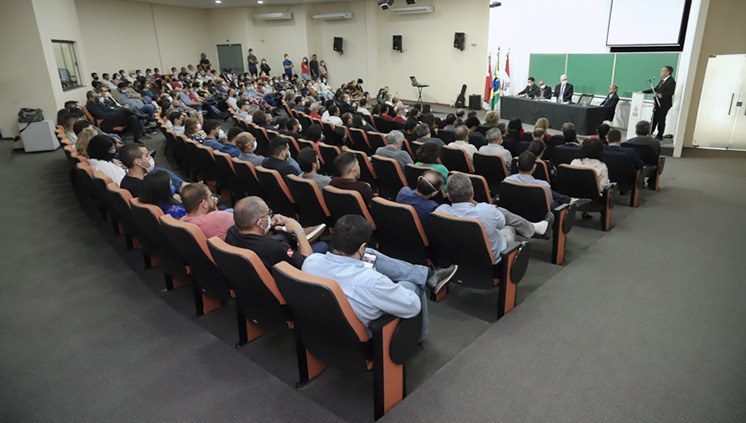 Regarding future prospects and challenges, the Dean recalled the good performance of the university in recent years. Despite the budget crisis, the UFPA was able to open thirty-one new courses and double its scientific output, expanding partnerships and improving performance in national and international rankings. According to the latest edition of the SCImago Comprehensive Ranking, which assesses the scientific impact of teaching and research institutions based on the impact of scientific production on international databases, the UFPA ranks 636th among universities in the world.

“These are results that reinforce our commitment to society and favor new developments, as they provide opportunities for new partnerships. We celebrate, but without forgetting that the University is an institution that is not satisfied with what it has already achieved. We must always continue to follow the academic and administrative developments in the administration. Our main goal is excellence. Academic and social inclusion and for this we rely on the support of ITEC”, noted the dean. 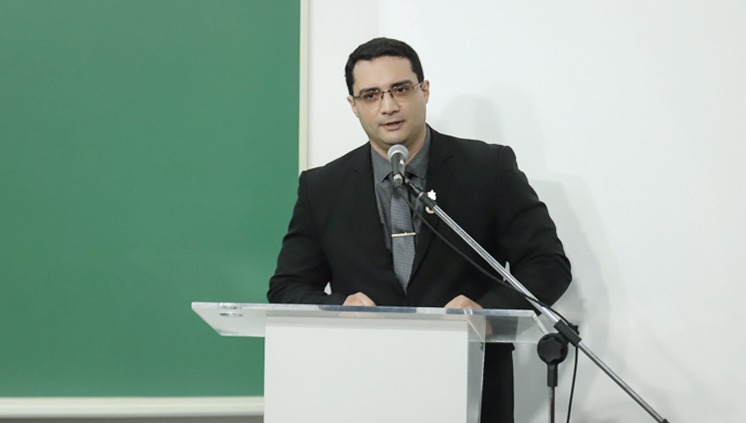 New management – The new Deputy Director, Mercio Cardoso de Alcantara Neto, welcomed the attendees and thanked them for their confidence and highlighted their commitment to the strengthening of ITEC and the advancement of the UFPA. “I think the word is calming. In order to strive for union and joint decision-making, to foster a solid foundation for ITEC to continue to grow and to contribute to the outcome of the Federal University of Pará, which is today among the top 400 institutions in the world that contribute to sustainable development. The challenge we will face will be Ongoing search for strengthening partnerships between ITEC and other institutes, as well as institutions and companies,” he said. 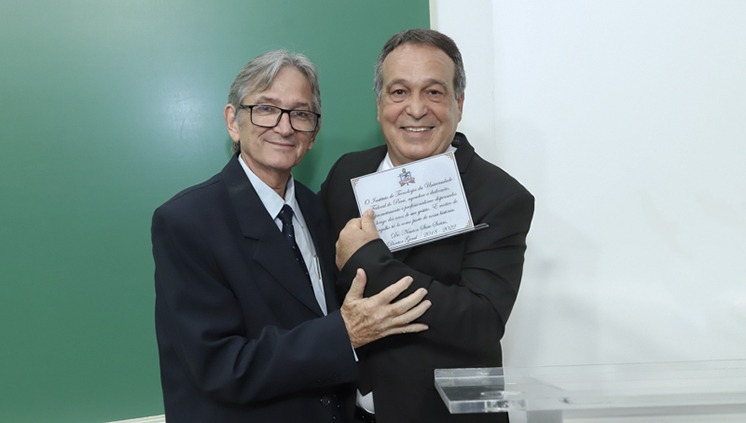 Professor Heto Braga de Moraes, the new Director General, emphasized in his speech the importance of ITEC to the university and the state. “Today, ITEC has 24 sub-units. It is larger than many universities in the north and north-east of the country. We are talking about a giant institute and we know we have a very big responsibility, but we are very calm to reaffirm our commitment to making our institute more active,” explained the director. At the end of the speech, Hito commended Professor Newton Shore Soero for his work on behalf of the Institute, especially during his four years as Director General. In his speech, Professor Newton Soiro thanked the senior management for their support and wished the new management team success.

The opening ceremony was also attended by deputies and representatives of other bodies in the senior management, directors of other institutes and colleges in the Union, in addition to representatives ofBarra Economic Development Corporation (CODEC) and The Association of Port Terminals and Cargo Terminals in the Amazon Basin (Amport), and broad participation from the Institute community. At the end of the ceremony, there was a presentation by the ITEC choir.