Have you ever thought about having a friend who works by your side around the clock, one of the most loyal friends you can count on in any situation, the kind that changes your life forever? Because there are many animals, abandoned or victims of abuse, waiting for the family to choose them to give all this love and affection. At Dibea (Department of Animal Welfare) in Florianópolis alone, there are about 173 dogs and 30 cats waiting for the chance to get a home. 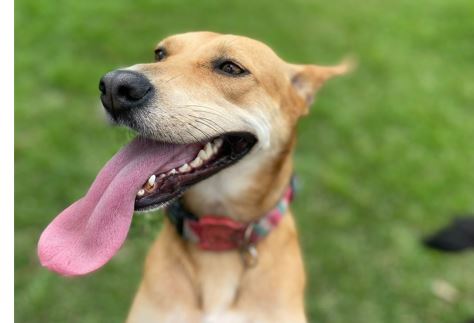 Seara is one of the dogs waiting for a home at the Welfare Council in Florianópolis – Photo: PMF / Disclosure / ND

Fabiana Bast, the municipality’s director of animal welfare, explains that most of those expecting to be adopted there are medium to large.

“This is a picture of animals going out looking for females in heat. Most of these animals are saved by being mistreated or run over,” he says.

She says many people search the member for a specific animal, but she remembers that there are many other pets out there, which may be a better choice than previously thought for the family.

“Among those here with us, cat adoption is the easiest, as there are many people today who live in apartments and smaller spaces and are looking for the ones that are most adaptable to these places. There is also a great search for little females. Those, when they get here, They are very few. On the other hand, there are other animals that have been waiting for adoption for eight years. We have tried to promote adoption events to show that, oftentimes, it is much easier to adopt an adult animal than to adopt a puppy, because an adult animal learns house rules, new things, And he is very grateful for the adoption,” he explains.

Fabiana also points out that all animals donated by Dibea are neutered and microchipped. “Pups that are not old enough for castration are donated with scheduled castration,” he confirms.

Renata Zefrino, a veterinarian at Dibea, highlights that adoption benefits everyone. “This is mainly due to the abandonment of animals. When people participate in campaigns, in addition to giving pets a second chance, they also help reduce problems affecting the entire community, as they can transmit zoonoses and cause traffic accidents, among other situations” , he remembers. 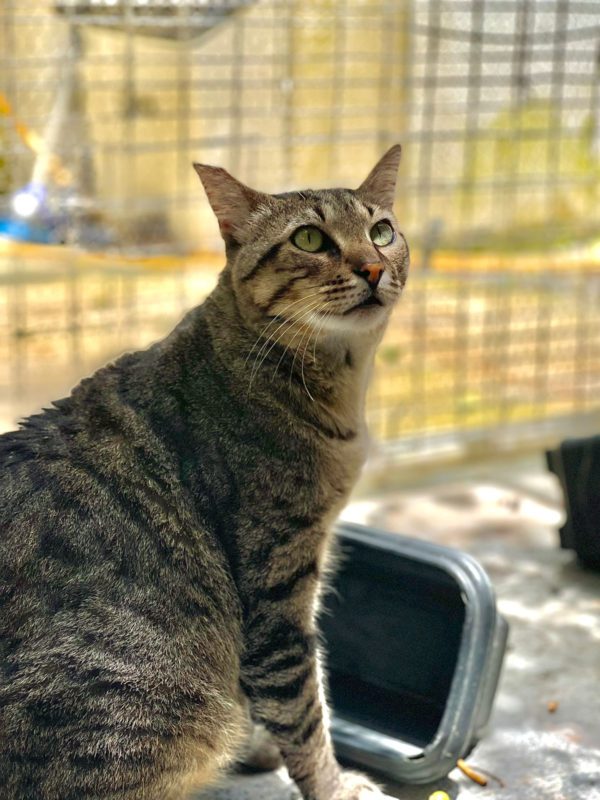 Lince is one of 30 cats living in Dibea and awaiting adoption – Photo: PMF / Disclosure / ND

Vet Renata emphasizes that adoption must be responsible and conscious. “Animals also bring many benefits to the adoptive family, and their need to go out and walk people usually results in them getting out of the house more, exercising more as well as socializing. But people need to understand their responsibilities, that they bring another family member home, that attention and love And the passion should be mutual,” he says.

She adds that it’s important for adoptees to choose an animal that matches their family’s profile. “We always have to think of an animal with the same rhythm as people, if they are calmer, livelier, a more peaceful pet. We have many large, old dogs that can adapt to an apartment, for example, because they are calmer. If the family is more fussy, The ideal is a younger, more active animal,” he says. And about the space, she explained that the important thing is that it is a safe environment and that the animal’s needs are respected. “Cats, for example, we only donate to screened apartments. If it is a house with a low wall, which allows the cat to go outside, we would actually advise the person to take in a dog that is shorter, more mature or elderly so that they are not at risk of jumping over the wall. We have to believe that a large animal Active needs more attention, more walking, more energy expenditure. He doesn’t need a lot of space, he can live in an apartment, as long as the teacher meets these needs for walking and games,” says the vet. 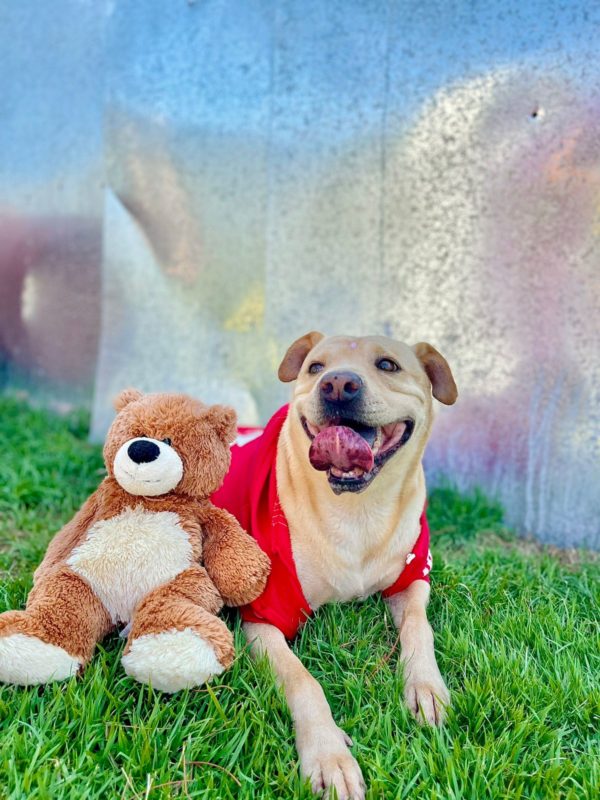 Samantha is waiting for her family – Photo: PMF / Disclosure / ND

Both Renata and Fabiana stress the importance of people choosing to adopt an animal rather than buying it. “Friends can’t be bought, right? We hit that key a lot. Abandonment also happens with purebred animals, the person has to be willing to adopt, needs to know that the pet will be a member of the family, will participate in the routine, and the more you interact, the more inclined they will be.” To interact again and be part of the family. This home routine,” says Renata.

Life, enhances Fabiana, is priceless. “We strongly advocate that adoption is the number one way to get a better city, better people, and make better citizens. The love a mutt would give a person is just like the love of a dog that was purchased. It is often even greater, because the animals that are adopted are so grateful and show that to people.We have increasingly encouraged adoption and shown that love and affection regardless of race.Here at Dibea we have small animals of all kinds, all sizes, all colors and profiles.It is impossible for a person to come here and not fall in love with one of them.Both dogs and cats. ‘, he says.

Dibea’s manager notes that buying an animal also encourages the animal trade. “It is an unethical situation, which encourages criminal actions, since most kennels and kennels are only for profit, and therefore, arrays are very poorly cared for, exploited to the fullest, and when they are sick or can no longer provide this breeding,” adds Fabiana. .

Fabiana explains that purebred animals bred in several places like this, without technical standards and criteria, are more susceptible to disease, as crosses are often formed with kinship and this can lead to various health problems, such as bone diseases, and serious diseases that affect them by the time. 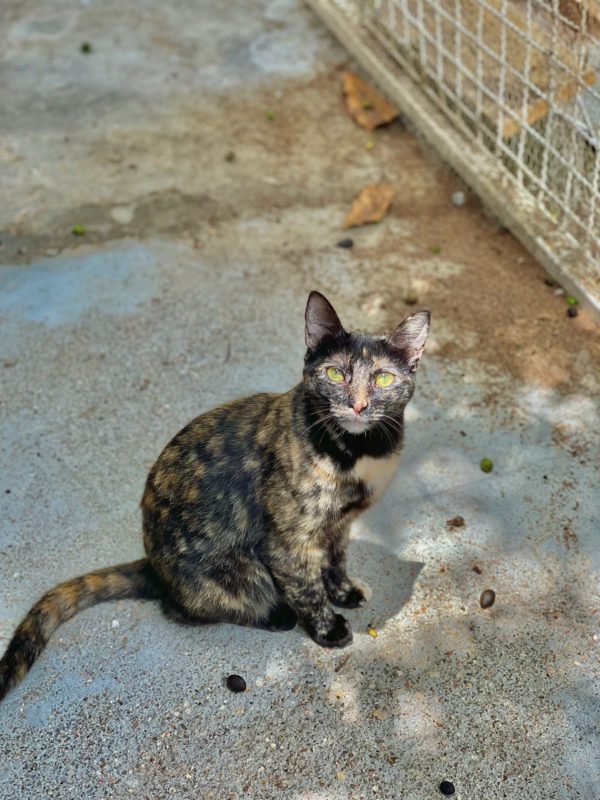 The services provided by the agency

Dibea currently attends veterinary consultations in the outpatient system completely free of charge. To receive this assistance, people only need to provide proof of residency in Florianópolis and proof of household income up to three minimum wages.

The agency also performs castrations on its premises and, at present, is also promoting joint efforts to sterilize the animals, traveling through neighborhoods with a fully equipped mobile unit and a qualified team, to deliver these procedures to residents who cannot afford them. Castration costs as well as in areas endemic with leishmaniasis and sporotrichosis, two very serious zoonotic diseases of animals.

So far, nearly 800 animals have been castrated in four joint efforts carried out in the capital, according to information from the Animal Welfare Directorate. “Castration is the most important tool for us to avoid abandonment, avoid abuse, control populations, and even prevent these animals from going down the streets after females are in heat,” concludes Fabiana Bast.

The animals are delivered to the dwelling after being examined on site.

As defined by Municipal Law No. 10199, of March 27, 2017, the municipality of Florianópolis informs that the production of this content was free of charge, and that the cost of placing it is R$2000.00 on this portal.