WhatsApp will be able to allow the chat filtering feature in the regular version of the app, which is already available in WhatsApp Business. The news was shared last Tuesday (10) by the specialized website WABetaInfo, which reported that the functionality is currently under development. Chats filter option allows for better organization of chats, with different chat groups under the same umbrella. In the screenshot shared by the portal, you can see the filter icon in the app interface. Below check out what the feature will look like and everything that is known about it so far.

Read: Seven features of WhatsApp that few people use every day

According to WABetaInfo, the feature – which is in development – should reach the beta version of the app for Android, iPhone (iOS) and desktop devices in a future update. The functionality will also allow standard accounts to access advanced search filters in the app, similar to what happens in WhatsApp Business. Thus, it will be easier to manage the various chats, which will make the messenger more organized.

It is not possible to say for sure what the final version of the functionality will look like if it has already reached the messenger. However, if you follow the model found by WABetaInfo, the feature will not differ much from the system in Business. Thus, it will be possible, for example, to conduct group chats sent by contacts and people that you have not added.

According to what has been released so far, there will be four possibilities for grouping: unread conversations, messages sent by contacts, by unsaved contacts and even groups. When you select Unread Chats, for example, all unread chats will appear on the screen – the same goes for the other categories.

Will it work for all chats?

As found by WABetaInfo, if implemented as in development, Super Filters should work with all standard WhatsApp chats and accounts. However, it should be noted that since the feature is still in production and has not reached the publicly available beta it is being tested, it is possible that its operation may change.

Will there be a collection limit?

It is not currently possible to know if there will be a chat limit per group. However, if it works like WhatsApp Business, it will be possible to split all the chats in the messenger among the available categories.

There has been no official statement from Meta, the company responsible for WhatsApp – Image: Disclosure / SOPA Images / Getty Images

Will it change the way notifications work?

If it follows the model implemented in WhatsApp Business, the new message filtering feature will not change how notifications work – that is, they should remain the same for now. The only difference is that the super chat functionality will be fixed in the app interface, allowing users to filter the type of conversation they want to see with a simple tap.

Therefore, when you open the application, you will be able, for example, to browse through conversations that have not yet been read, or content sent by a person who does not have the contact saved on his smartphone.

The feature is still in development – that is, until now most Beta users do not have access to the Super Filter function. For this reason, there is no release date for the novelty, not even certainty that it will actually reach the stable version of the application.

With information from WABetainfo 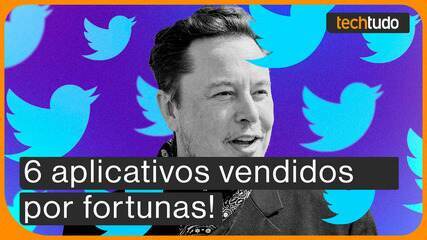